On Monday the 30th of April 2018, I attended the first screening of an Irish-made documentary about three human rights activists in Cambodia, called ‘A Cambodian Spring‘ in the Irish Film Institute in Dublin.

One of the activists is a Buddhist monk (pictured below) called the Venerable Luon Sovath. He attended the screening in the presence of the Irish director Chris Kelly and was introduced by a representative of the NGO Frontline Defenders. 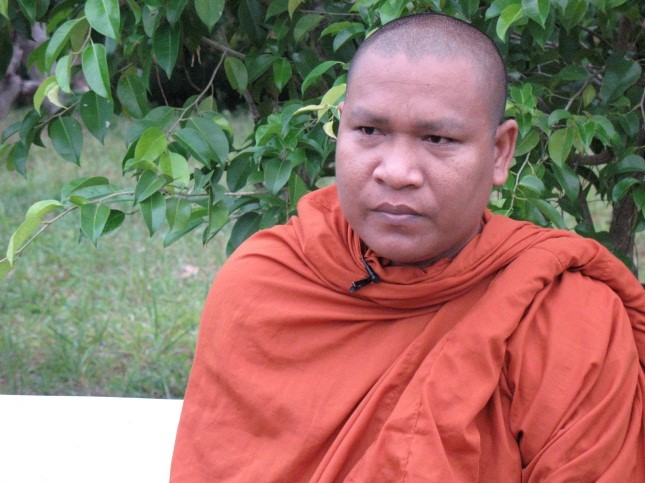 The human tragedy of the lack of trust between warring parties is repeated on a National scale so that the destructive heritage of the Khmer Rouge regime resonates at all levels of Khmer society. Compromise is either betrayal or surrender.

This is by far the best documentary about Cambodia that I have seen since ‘S21: The Khmer Rouge Killing Machine’.